Rochester Community Betterment Inc. in Rochester, New York, was started when our founder's son had an enlarged heart and died without the service he needed. From this experience, our founder began researching and advocating for people and understanding poverty so we all could understand how we could help the community. 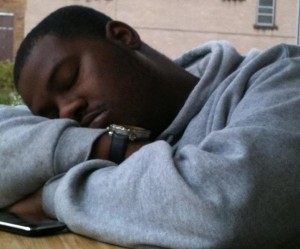 We use a "Get Ahead" course to teach self-sufficiency and offer gender-oriented classes. We teach you how to take charge of your life so you can escape poverty.

Heart's of Stars was the original name of the now known Rochester Community Betterment Inc. It opened the doors to the public in March of 2014. Laura Roberts one of the co-founders wanted the residents in the community to be aware of the resources available to them in their communities; as well educate the residents on how to be strong advocates for themselves no matter what the situation they face or are up against.

This passion and commitment of helping others came evident to me after the death of my eldest son, David. Towards the end of 2012 the he had contracted the flu, the virus from the flu then attacked his heart causing it to enlarge (cardiomyopathy). On May 11, 2013 at 7:00 AM I watched him take his last breath as move on to his next journey on the other side.

David was a 27-year-old man employed without health insurance, also he was plagued with a learning disability and limited to understanding when it came to complex situations such as early stages of death.

The services that he received from walk-in-clinics and as well as hospitals were poor, and the seriousness of his health complaints were not heard until it was too late.

Although David had a strong support team through family and friends it was not enough; because we did not fully understand how the social and health systems worked. Not having that understanding lead to misunderstanding and others’ perceptions of what he should be led to him not getting the services needed right away than latter. I have come to strongly believe that without strong advocacy either for yourself or an advocate representing you or someone who understands and know how to work with the system - to get proper healthcare is almost impossible. He lost his battle to lack of help and no healthcare advocacy to support him with his illness until it was too late. David lost his battle but as his mother I plan to continue to fight the war against inadequate healthcare and stop the poverty in community areas through proper health and education one person at a time so be it.